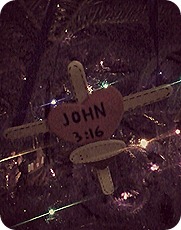 The Sun’s diameter is equal to about one-hundred Earths. But it’s not even a big star. In fact, it’s about mid-sized. Our star is one of hundreds of billions of stars in the Milky Way Galaxy. It’s common knowledge that there are probably more stars in the universe than there are grains of sand on all of the beaches on Earth. Many of these stars have their own solar systems, boasting planets many times the size of our solar system’s largest: Jupiter. The Milky Way Galaxy is not even the biggest known galaxy; some observed galaxies are more than five times its size. Thousands of galaxies have been observed to date, and some scientists estimate there could be billions of galaxies in the universe.

Out of countless galaxies, billions of stars, and thousands of planets, only one has been found that contains life.

And it was out of countless galaxies, billions of stars, and thousands of planets where God chose to create mankind.

Despite being the most sophisticated of all of creation, made in the very image of God, humans neglected their Creator. They turned themselves over to whatever pleased them, believing themselves to be their own gods. What was once bright and clean and pure gradually became dark and dirty and tainted. Sound familiar?

This is planet Earth.

So it was out of countless galaxies, billions of stars, and thousands of planets that God chose one small planet on which to walk, breathe, be human. To give His creation a chance to return to Him.

He came to planet Earth.

He didn’t come as a mighty warrior, slaying evil, driving out sin, conquering the world with the shake of a fist. But that’s what people were expecting. Instead, He entered the world through an ordinary girl, in a musty stable, in a tiny town.

The Father of lights entered into a world of darkness. He who spoke the universe into existence hungrily whimpered. The One who holds time in His hands was held by His own creation. The One who commands legions of angels became too weak to lift His head. The One who belongs on a throne of purest gold was laid in a trough of dirty yellow hay. The One who deserves velvet robes of rich purples and reds was wrapped in strips of tattered cloth. The One to whom creation sings was soothed by a virgin’s lullaby. The One who carved woman with His hands clutched her finger with His tiny fist. The One who knows the billions of stars by name had not yet learned His own.

The tiny Baby, the innocent Lamb, was brutally slaughtered for us. For the ones who struggle to accept His gift, for the ones who are apathetic towards a final judgment where all will stand before the Lamb, where He will finally roar like a Mighty Lion, the rightful King over all creation. Where we will either hear, “Well done, my good and faithful servant,” or, “Depart from me, I never knew you.” Where He will gather His children and take them home, and send away those who refused to believe.

One galaxy among countless others. One small star among billions. One tiny planet among thousands. One fragile Baby sent as hope into a world of hopelessness. Like a candle in a house without windows.

Because Light shines brightest amid the darkness.

Christmas is about so much more than a wooden crèche: it’s also about a splintered cross. Jesus died so we could live. And not only live, but experience a life full of joy, hope, and peace. He came back to life to defeat death, so we can experience life forever.

Very few people recognized Him when He came, but the next time He comes to this tiny little planet, every knee will bow. We all have a purpose, whether we embrace it or not: We’re here to bring glory to our King, to show His grace to others. To shine a light in a very dark world.

Because as long as there is one speck of light, total darkness is impossible.

And the most incredible thing of all? He wants us. He wants us to invite Him into our lives, to let Him take control, and to show us there’s a much better way than anything we can plan. He wants to be the One we cling to when the world crumbles beneath us. To be our Guide when we’re lost and can’t make sense of things. To be our source of delight, hope, and joy.

When I think of what Christ Jesus did for me, I can’t help but be overwhelmed. Though I don’t know why He loves me with such abandon, I’m so thankful. He loves you, too, with a love that won’t run out whenever you stumble. God loves you with a love so great that He experienced life as one of us: every temptation, every hardship, every pain.

He loves you so much that he chose to come to one tiny planet out of thousands revolving around billions of stars in countless galaxies in a universe too expansive to be charted.

He gave us the greatest Christmas gift of all. All I can offer is my life, but I will willingly let Him lead me. Because he is Emmanuel, God with us.

And He is so worthy.

Happy birthday, Jesus. With all my love,

“The people walking in darkness
have seen a great light;
on those living in the land of the shadow of death
a light has dawned…

For to us a child is born,
to us a son is given,
and the government will be on his shoulders.
And he will be called
Wonderful Counselor,Mighty God,
Everlasting Father, Prince of Peace.
Of the increase of his government and peace
there will be no end.”

2 thoughts on “A Light Has Dawned”